Neal Starkey is an American jazz bassist Starkey residing in Atlanta, Georgia. He has had a long and varied career, performing with many of the 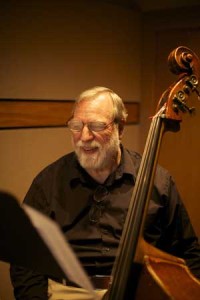 most notable names in jazz, including Kenny Barron, Eddie Harris, Sonny Stitt, Duke Pearson, Al Cohn, Charlie Rouse, Barney Kessel and many others. He is a regular featured performer at the W. C. Handy Music Festival, and a member of the W. C. Handy Jazz All-Stars. Originally from New York, he has made Atlanta his home for the past 25 years. Starkey has recorded with Herbie Hancock, Tony Williams and Freddie Hubbard with the CBS Jazz All-Stars, and has served as bass instructor in the jazz program at Georgia State University. He has also had extensive studio recording experience and is one of the most in- demand bassists in the Southeastern region, often working with notable Southeastern reigional jazz musicians such as Rick Bell (saxophone), Ken Watters (trumpet), Bill Anschell (piano), Gary Motley (piano) and Ray Reach (piano and vocal).